Hungry for every bite of fertilized blade they could get.

My father owned nine cows and a single bull.

What a lucky son of a bitch that bull was.

He’d never know the struggle of starting over in a night club and competing with other men where the ratio stood at two to one and odds were one wasn’t attractive enough to take home.

He’d never know the struggle of watching the only woman who’s held his attention for hours brush off man after man and turn down free drink after free drink.

I knew that struggle. I was currently living it.

And she was by far the sexiest woman I’d seen in a long time.

I’d been trying to read her for the past hour from my barstool in the corner. Trying hard to find my “in”.

I’ve memorized her drink, but decided against it after she’d turned down the 6th free drink in the past hour.

For two hours she sat alone in the middle of a night club and seemed to want nothing other than to be left alone.

I refused to except that. You’ll soon learn I can be a stubborn asshole when I really wanted something.

Tonight I wanted her.

I watched her next victim make his way over and cringed as his finger ran down the outside of her arm.

“Wrong move idiot.” I mumbled under my breath.

I watched her turn, prepared to watch another poor sap rejected only to see her smile up at him.

“No fucking way.” I cursed under my breath.

Okay so listen for a second.

I have this theory.

It was one I came up with right after college about single females in night clubs. Every one of them wanted something you just had to find your “in” and play your cards close to your chest. They were either there for free drinks, to dance, or to be fucked so hard they forgot about the man who had just broken their heart.

I told you. I’m an asshole.

This would explain why after two fucking hours she, the woman of my fucking dreams would turn down countless drinks, but respond to a single touch from dumb ass.

She wasn’t here for the drinks.

A slow sultry beat filled the club and I took that as my cue. I made my way over just as dumb ass offered her a drink.

Her eyes caught mine as I approached and I knew I was as good as gold on my next move.

I held out my hand and spoke firm and deep.

There would be no misinterpretation. This was no question.

It was a demand.

I watched as she begin to hesitate and saw the rejection headed my way.

I shook my head and grabbed her hand rejecting her upcoming rejection and pulled her to her feet.

Dumbass watched in silence as I pulled any opportunity he had away with a single kiss to the back of her hand.

I turned guiding her towards the dance floor. What I did next could make or break me. My next move was just as important as my first move.

At the center of the dance floor I pulled her close. We swayed to the beat of a song I’d never heard before. I held her gaze and let my fingertips graze her lower back. I watched her lips part slightly at her inhale.

Ladies and gentlemen I’d just found my in.

She was here because she needed to be fucked. She needed someone to make her forget.

My left hand slid up the back of her neck and I leaned in.

I let my breath find her neck and I twirled our bodies in a small circle, pulling her tight against my chest.

She gasped out as my five o’clock shadow replaced my breath.

I was playing with fire. This beautiful work of art was a ticking time bomb that would most definitely be exploding in my arms tonight.

Photograph taken from Pinterest, provenance unknown. If it is yours please let me know and I will remove or credit you.

Write a poem, maybe two
That will hold them over
It’s not enough, I’m overdo
Time to pull back the covers

I stared across the park bench

Hanging on his every word

And nothing in the world mattered

Not even the fussing of birds

Clueless to the power he holds

Honesty seems to flow with ease

The nerves no longer cold

The touch can’t be duplicated

As fingers begin to graze

The feeling is reciprocated

The heart beats get louder

~
The stupid smile on my face

So I live in this very moment 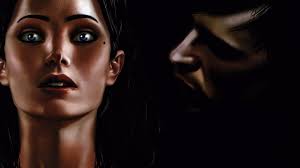 I know you’re out there

Can you hear me?

Can you see me?

Staring from across the world

Could you take me?

Away from all this chaos

Do everything you wished for

When you get lonely

Giving the attention you dream of

Want it all laid out in the open

Fix the hearts that we’ve had broken

We do the craziest things

Attempting to retrain the brain

To try and get rid of

What drives us insane

Just by switching the lanes

And you have to deal with it

And there are no refunds

You’ll just have to keep it.

Let my words flow through you

And heat up your soul

Till your heart thaws

And beats with reminders

Of whom you are

I’ll be your sin

Take it all in

But rest my love

This too shall pass

Nothing makes sense, concentration is broken

I hope to get over it eventually

I look for him at daybreak

In the middle of an empty lot

The beast within me rumbles to life

I soothe her until she stops

The irony is not lost on me

I stand finally free to roam

And he’s been locked in Jail

His brown eyes pierce from behind the bars

It’s just him and me on our personal mars

And this ringing in my ears

This need to feel his lips again

Will surely drive me insane

This handsome stranger’s touch I crave

Is one I must refrain

When the wind went silent

I wondered if you missed me

Then the sun hit my neck

And I remembered how you kissed me

Staying away will be hard

When I want you this bad

And I became sad

Our time has run out

This is where we end

Not at all the way I hoped

But the most magical place I’ve been

Your hand shouldn’t be there

And neither should your mouth

They placed me in this ward

And told me to chill out

But they placed you here too

Left unsupervised with your evil ways

Casting spells upon my sanity

Now I itch to get to you

Just to starve at twilight

I scream I need more

And you soak in your power

And my thoughts can’t me scoured

Error: Twitter did not respond. Please wait a few minutes and refresh this page.

You inspired my (bad) poems...

A Heart in every bite.

"Everything you can imagine is real." Pablo Picasso

To Love Yourself is your Greatest Revolution.

Just another human being who's trying to reach new levels of consciousness.

The fusion of poetry & art!

Poems which make you smile each day!

a middle aged, newly-single medicine woman trying to re-discover herself

My Mind to Your Mind

Telling you exactly what you want to hear ...

Hot and weird personal stories of a girl

All Praise and Honor to Jesus Christ

Part time actor, aspiring writer of poetry and prose and full-time idiot with a heart.

what if poems could be symphonies, and people their orchestra?

It's all about disbelieving your thoughts

When all else fails, you still have your words

boy with a hat

writing as a way of life

Some say I was born high. Others say i'm just simple :)

For The Love Of Sass

Finding my way back, through the unexpected & uncomfortable moments

The Chapters of My Life

MY THOUGHTS ON THE SUBJECT ARE AS FOLLOWS

My truth. My life.

Our Dreams Are Real

A Day in the Life of Shareen A.
Coco J. Ginger Says

Poems and stories of love & heartbreak.

My Fucked up Life in the Dating Scene

Capturing Life With The Immortality Of Words

Ranting on the Lolo

The Journey of a poet

Take the journey to Adulthood with me.

Oh, the things we do for love.